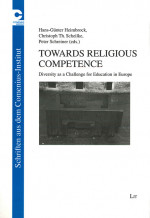 The readers get also detailed information about current developments in the field of religious education in some European countries.