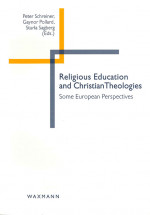 A working group of nine experts from eight countries have worked together for a period of two years with a mandate from the Intereuropean Commission on Church and School (ICCS) and the Comenius-Institut in Münster, Germany. The working process of the group has led to different types of articles. Some reflect group discussions; some are best understood as reports from ongoing projects, while some are theoretical discussions based on work with relevant literature. Together they may inspire various activities in exploring the field of religious education on many levels.